Today we commemorate the 500th anniversary of Luther nailing his 95 Theses on the door of the Wittenberg Church in 1517.

The impact of Martin Luther’s actions has had an enormous effect on Christianity around the world; his and with his contemporaries’ actions started the Protestant Reformation. Luther called the Church back to the good news of salvation by grace alone through faith alone (Ephesians 2:8-9).

Luther believed the Word of God was the supreme authority for the Christian faith.  He translated the Bible into German, published numerous books and sermons of biblical teachings, and composed numerous hymns based on biblical themes. Many of his hymns are still sung today, his most known hymn is “A Mighty Fortress”. 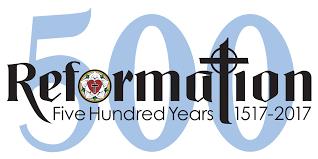